KeepYourSight is a healthcare technology company which is focused on one “vision” – helping everyone else keep theirs! KeepYourSight has created the first software platform for remote vision patient monitoring. Using established clinically validated digital health tools such as the Peristat™ and Macustat™ software-based tests, KeepYourSight empowers doctors, clinics and health centers to offer best-in-class vision testing to patients right at their homes.

The KeepYourSight approach is unique – it uses the power of real-time connectivity to solve some of the biggest challenges for any health initiative – scalability, throughput, universal access and efficiency.

KeepYourSight is not doing this alone – our mission is only possible by working together with doctors and clinics in every community and partnering with other industry players – fighting against preventable blindness in every corner, every neighborhood, every home. Only through active outreach and smart technology, we can win against glaucoma, macular degeneration, diabetic eye disease and other sight threatening conditions. Vision without boundaries!

The original idea behind KeepYourSight and online vision screening started in 2005 when two eye doctors realized that many of their patients were going blind even before they reached the clinic. Despite a busy practice, Dr. Ianchulev and Dr. Pham set out on a mission to solve a problem of public health proportions for both developed and developing countries alike where more than 50% of all glaucoma remains undiagnosed – in the US alone, more than 1.5-2 million people are losing sight to glaucoma without notice.

In 2006, Dr. Ianchulev and Dr. Pham developed the first prototype of the visual field test, called Peristat™, which can deliver an online adaptation of the clinical perimetry test used in specialized medical offices. It took years to perfect and improve the technology to allow efficient and streamlined testing. Today, the Peristat™ test can be taken virtually from any computer or mobile device in less than 5 minutes. Focused on how to expand the platform further, Dr. Ianchulev and Dr. Pham added another test called Macustat™ for retinal function testing. Macustat™ is a 3 minute test for the early detection of retinal problems such as AMD and diabetic retinopathy.

In 2010, Dr. Ianchulev and Dr. Pham started KeepYourSight to further the work on a larger scale and help millions of people worldwide keep their sight. In 2020, they updated the platform with new patient and doctor interface and revamped testing platform, and introduced two new remote monitoring tests, Photostat and Accustat. KeepYourSight has several new tests in development planned for release later in 2021, and welcomes the opportunity for future partnerships. 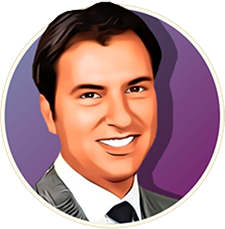 Dr. Ianchulev is a world renowned, Harvard-trained ophthalmologist with a dual degree in medicine and public health. Dr. Ianchulev has been on the cutting edge of innovation, making an impact in the treatment of major eye diseases such as macular degeneration and glaucoma. As an inventor and innovator, he was instrumental in the development of many new therapies and advances, such as Lucentis for AMD and Diabetic Retinopathy, intraoperative aberrometry for high-precision cataract surgery, micro-stent technology for glaucoma, the miLOOP interventional technology for cataract surgery and others. Dr. Ianchulev is a Professor of Ophthalmology at the New York Eye and Ear Infirmary of Mount Sinai. 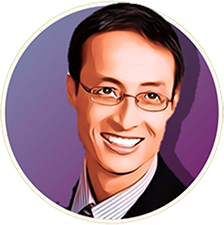 Dr. Pham is a boarded certified ophthalmologist who has devoted his professional life to restoring sight and helping patients keep their vision. As a surgeon and clinician, Dr. Pham treats blinding conditions such as glaucoma, cataract and macular degeneration. As a researcher, he worked on the development of a novel delivery system for introducing large-sized molecular compounds into thousands of living cells simultaneously. These molecular compounds allowed researchers to trace the molecular process cells use to achieve cellular movement, which is a critical biological task in everything from bone growth to cancer metastasis. Realizing the importance of technology and innovation for screening and prevention, Dr. Pham teamed up with Dr. Ianchulev to develop the KYS telemedicine system for vision health.